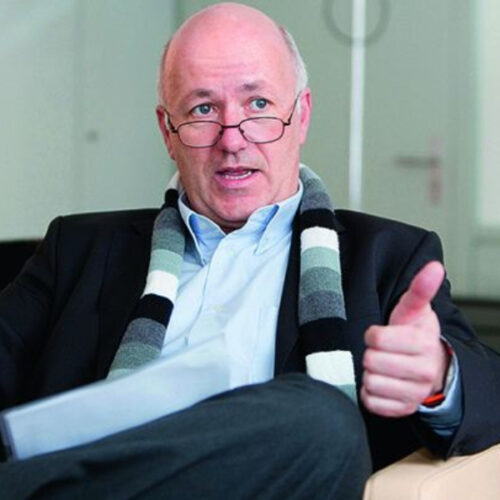 Roland Siegwart (1959) is Full Professor for Autonomous Systems at ETH since 2006 and Co-Director of the Wyss Zürich since 2015. He was Vice President Research and Corporate Relations of the same Institution from 2010 to 2014. After a Master and PhD in Mechanical Engineering at ETH Zurich, he was a postdoctoral fellow at Stanford University, senior researcher at ETH and R&D director at MECOS Traxler AG. From 1996 to 2006 he was Professor for autonomous robots at the EPFL Lausanne, Switzerland and member of the board of directors at the School of Engineering (2002-06).
Roland Siegwart is a member of the Swiss Academy of Engineering Sciences, IEEE Fellow and officer of the International Federation of Robotics Research (IFRR). He served as Vice President (2004/05) and AdCom Member (2007/10) of the IEEE Robotics and Automation Society, and was a member of the final decision body of the German Excellence Initiative. He is co-founder of multiple successful spin-off companies in robotics and related fields and is/was board member of various Swiss institutions and foundations.
He is a strong promoter of project based learning as a key asset in engineering education and sustainable industrial alliances for accelerating technology transfer and innovation.
Roland Siegwart’s research interests are in the design and control of robots and systems operating in complex and highly dynamical environments. His major goal is to find new ways to deal with uncertainties and enable the design of highly interactive and adaptive systems. Prominent application examples are walking quadrupeds, personal and service robots, planetary exploration robots, autonomous micro-aircrafts and driver assistant systems.

All Sessions by Roland Siegwart